Gold bay stallion Sidjil was born in 2006 at private breeder in France. His pedigree based on horses with
Stavropol origin. He is grandson of famous Posalak – Champion of Russia, which unfortunately died early and left too few offspring. It possible to tell, that one of his best sons is father of Sidjil – stallion Pompei, which successful used in endurance in France.

Mother of Sidjil is very good mare Model, daughter of Dasht, who was winner of Derby. Model itself participated in endurance 60 km in Moscow and was winner also.

Sidjil itself is not big stallion with typical, dry head on the long neck with beautiful nape. He have wide,
powerful gallop, good productive trot. He is very nice in character, easy in handling and moving and very kind to the humans. He already started to be used as sire and his first offspring got high estimation during grading inspection 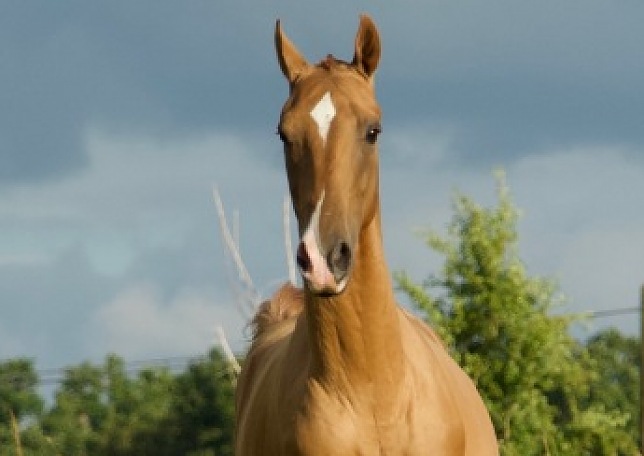 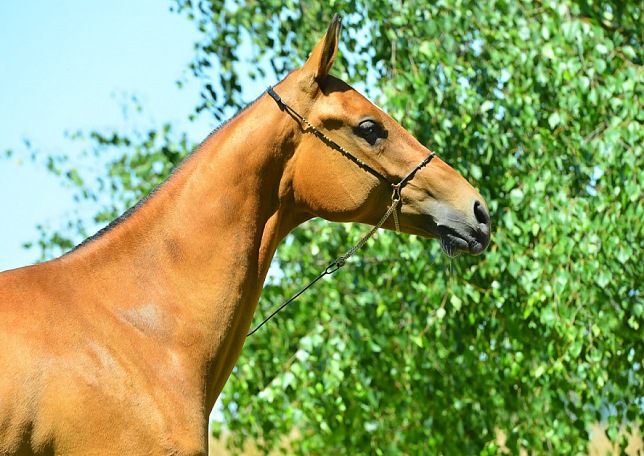 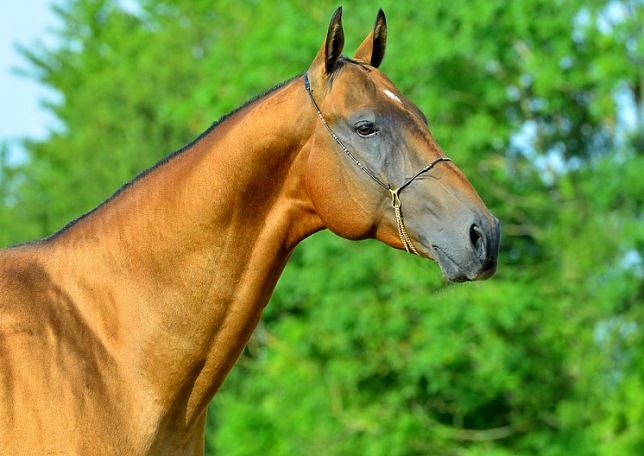