Cremello stallion Akbar was born in France at private breeder in 2001. This stallion combines blood of racing lines.

His father side belongs to the line Kir Sakar, which is wide popular in Turkmenistan and produce many
famous racers even now.

By mother side he is grandson of famous racer Kaltaman, which raced so good and still have some invincible
records in racetrack.

Akbar was massive, compact powerful stallion with good conformation and very good bones structure. He
was used in partbred breeding and produced enough correct, colored foals. His coat is pearly cremello, which confirm, that even with any dark mares he will produce palomino, buckskin foals. Also to many of his offspring he transferred gold, silver and pearl shine. As Akbar died some years ago,

Akbar is dead : he is offered in AI. 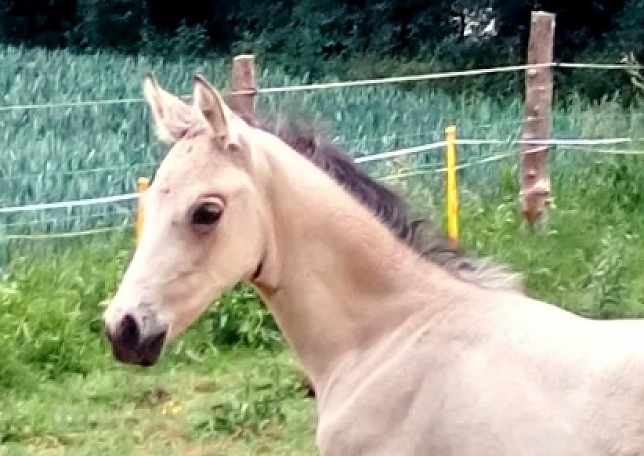 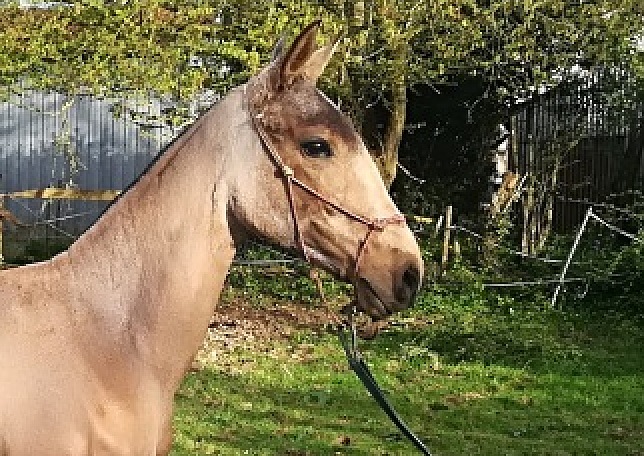 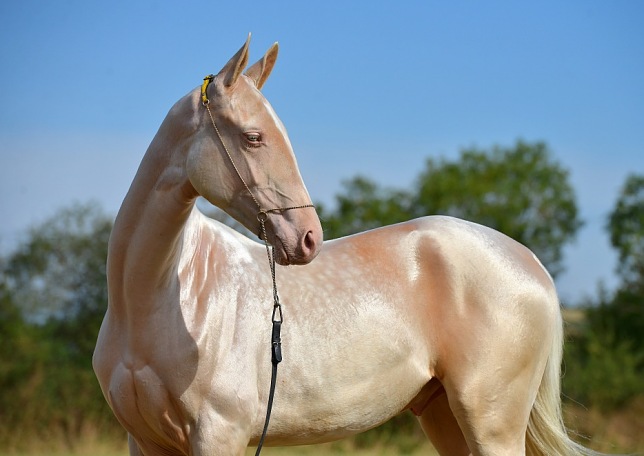