Kayumars was born in Ukraine in 2007.  He is Fakirpelvan line by Maidan. His half-brother is a breeding stallion at the Stavropol stud. Kayumars has much better movements and has more type than his half-brother (Gazomyot).  They both have very nice temperament, however, due to the fact that Maidan himself was very easy to handle, too.  Kayumars passes his nice movements and uncomplicated character to his children.  He gave two foals out of Reikhan in Ukraine : one filly and a colt. 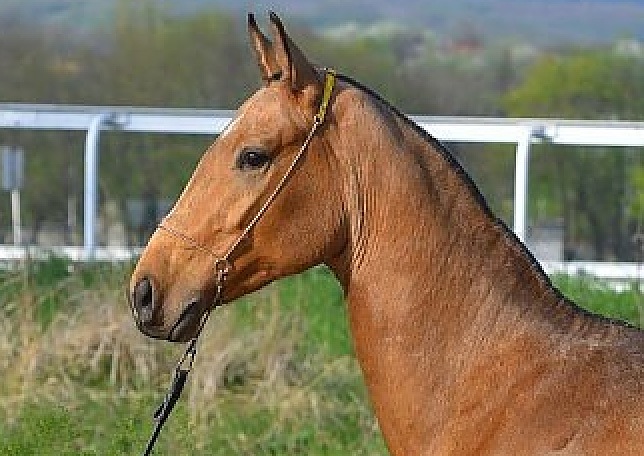